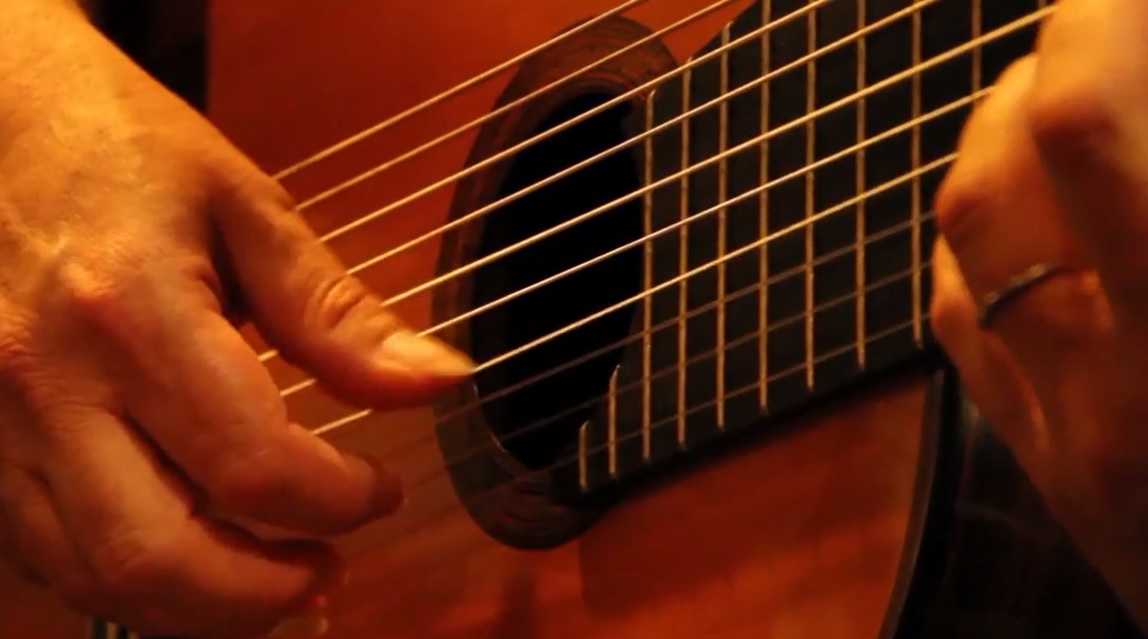 The ten-string guitar is a laboratory of sounds and colors refracted by the instrument's unusual acoustical qualities.


This guitar has its ten strings mounted on the fingerboard, which allows the sound to increase remarkably due to the duplication of sounds and the harmonics generated by the four additional strings.
The width of the fingerboard brings the fingers closer to the neck, making the bow of the left hand smaller and facilitating speed and slurs.


The advantage is that the works originally written for lute or ancient guitar can be performed without any previous trancription.
As regards the contemporary music field, this guitar offers a great number of possibilities, since it counts with a wider range of sounds and technical resources.

There is no rule as to whether to start from the beginning with this instrument or to wait years before adopting it, because the time to start depends on the sensitivity of each person. 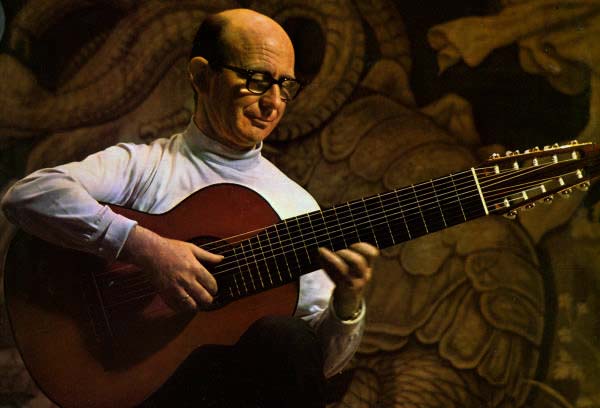 1828 - Fernando Carulli uses a guitar of ten-string guitar with an extension in the neck without a frets for the four additionals strings. It was built by the luthier René Lacote and registered in Paris in 1861. Carulli, also composed works for this instrument, which can be found in his method Op.293 for the ten-string guitar.
Sor, Coste, Mertz, among other musicians, wrote musical works for ten-string guitar.

1960 - The Spanish luthier Jose Ramirez III, dedicated a lot of study to the construction of guitars with the purpose of solving the physical acoustic problems of the instrument and of extending its sound. He contacted Narciso Yepes with whom he created the idea of adding more strings to the instrument.

The tuning of the first six strings is the same as that of the six-string guitar.

Yepes's tuning: E   B   G   D   A   E  C  Bb Ab  Gb These tones provide harmonic vibration to extend the resonance of each note on the fingerboard of the guitar.

Controlling and using the resonance at will, and not that of the instrument, is an important artistic goal. By applying the lower part of the right wrist across the bass strings, undesirable resonance can be muted.
Over time, this becomes an automatic aspect of the technique, according to the demands of the piece being played.
Resonance can also be blocked with the left hand, an idea that is transferred from the six-string guitar.
As far as resonance is concerned, it is important to realize that the extra bass strings are constantly being used, because this is the physical principle that gives the ten-string guitar its distinctive quality as a characteristic. As time goes by the power of its volume becomes more and more evident.
With each performance we learn to polish and use the qualities of the more sustained notes and the greater volume achieved by the ever-present harmonic vibrations.